Activities in the Lower Engiadina

In the Lower Engadine, art and culture are very highly valued. The Muzeum Susch is one of the most important museums for contemporary works in Switzerland and a must for art lovers. In addition to the permanent exhibition with works by Miroslaw Balka, Marlene Dumas, Maria Lassnig, Louise Bourgeois, Heidi Bucher, Adrián Villar Rojas and the Swiss artist Sara Masüger, there is also a temporary exhibition. Works by the American artist Carolee Schneemann are on display until 28 June 2020. Pictures: © Conradin Frei & Muzeum Susch / Art Stations Foundation CH

always worth a visit

Tarasp Castle has been towering over Tarasp for 1000 years. The imposing building now belongs to Not Vital, an artist from Sent. His art is part of the castle, as well as other works by other famous artists. It is impressive how highly developed the technical standard already had 100 years ago: central heating, internal telephone system and one of the first pneumatic organs. The organ still works today. It can produce sounds very similar to a synthesizer. The castle can only be visited in guided tours. These take place all year round. You can find more information here. 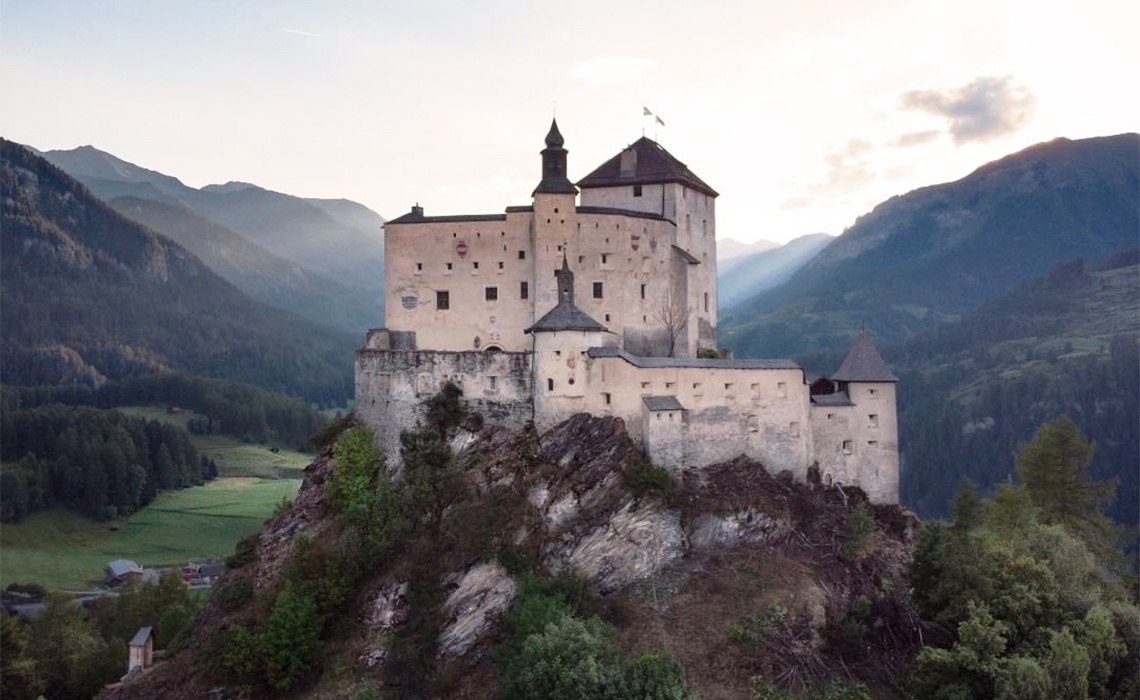 After sports, as a bad weather programme or simply for relaxation, the thermal bath Bogn Engiadina in nearby Scuol is highly recommended. There are six indoor and outdoor pools with massage jets, whirlpools, waterfalls and a current channel as well as a brine pool. A wide range of wellness and therapy options complement the bathing pleasure and ensure additional well-being. 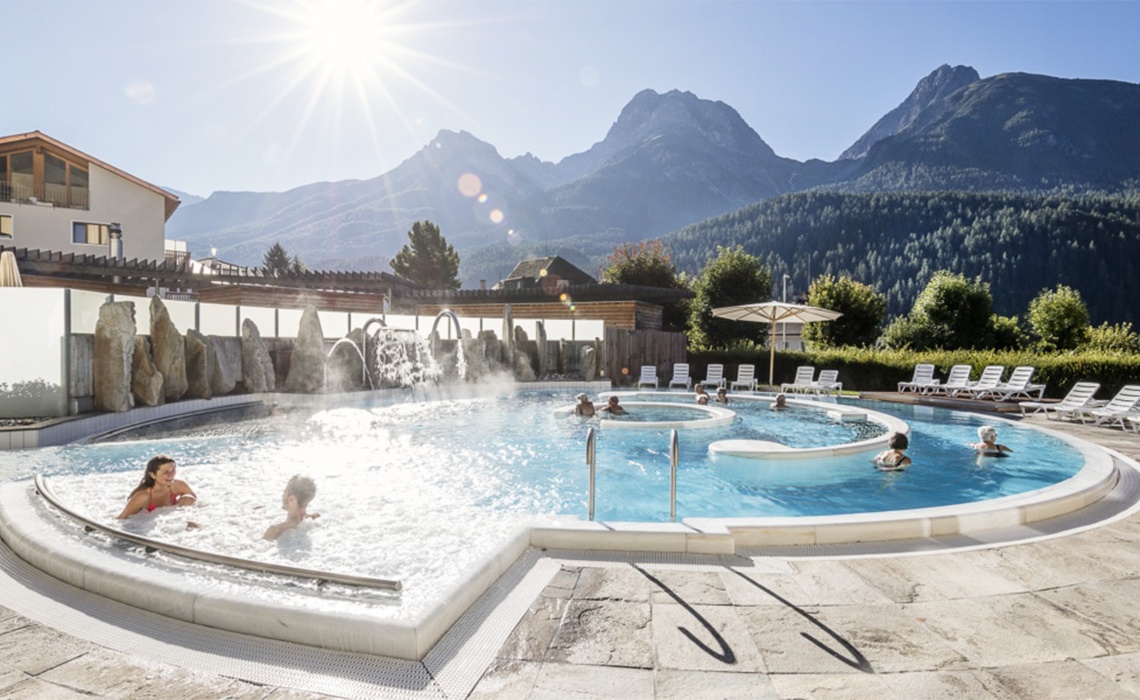 for all who love being active in the mountains

On both sides of the valley, hikers and mountain climbers will find impressive routes. Short or long, leisurely or adventurous.

The Piz Cotschen is the local mountain of Ardez. With more than 3000 meters and a difficulty level of T4, it is a perfect mountain for advanced hikers.

With 3410 metres, Piz Linard is the highest mountain of the Silvretta group. The easiest ascent is from Lavin and goes up the southwest flank with a difficulty of T5/WS-.

One of the famous sun creams is named after him: The Piz Buin. This aesthetic mountain is easily accessible via Guarda and Tuoi SAC hut. With an ascent on the T3/WS scale, it is a very rewarding tour for experienced mountaineers!

Popular with children is, among others, the path to Scuol, which leads over a breathtaking suspension bridge through impressive nature to Tarasp Castle.

The Swiss National Park is one of the most beautiful hiking regions in Switzerland. You can access it via S-Charl or the Ofen Pass.

A detour to Lai Nair, a small mountain lake above Tarasp, is highly recommended for families. The plateau on which the lake lies is one of the most beautiful spots in the Lower Engadine.
Several fireplaces invite you to barbecue.
The lake is a popular destination for hikers and mountain bikers and is ideal for a refreshing swim in summer.
A recommended half-day hike leads from Scuol through the wild and impressive Clemgia Gorge, up to Avrona and on to Lai Nair. From there it goes down to Tarasp (post bus connection) or directly back to Scuol.
The sunsets at Lai Nair are also highly recommended.

The book “Schellen-Ursli” made the custom of Chalandamarz widely known. The “Schellen-Ursli Weg” in Guarda really brings history back to life.
The theme trail, which was opened in 2017, is located above the “Schellen-Ursli village” of Guarda. The trail leads from Guarda to “Plan dal Növ”, over to “Clüs”, to “Lajet” and back down to Guarda. The trail focuses on highlights from the book such as the distribution of the bells, the adventurous ascent to alpine hut or the joyful bell procession “Chalandamarz”.

For a short walk it is worth visiting the ruins on the Steinsberg, 300 metres next to the holiday house il tablà.

For sport climbers, Ardez has its own well-secured climbing garden with 25 routes in difficulty levels of 3-7b. Accessible in 5 minutes on foot. 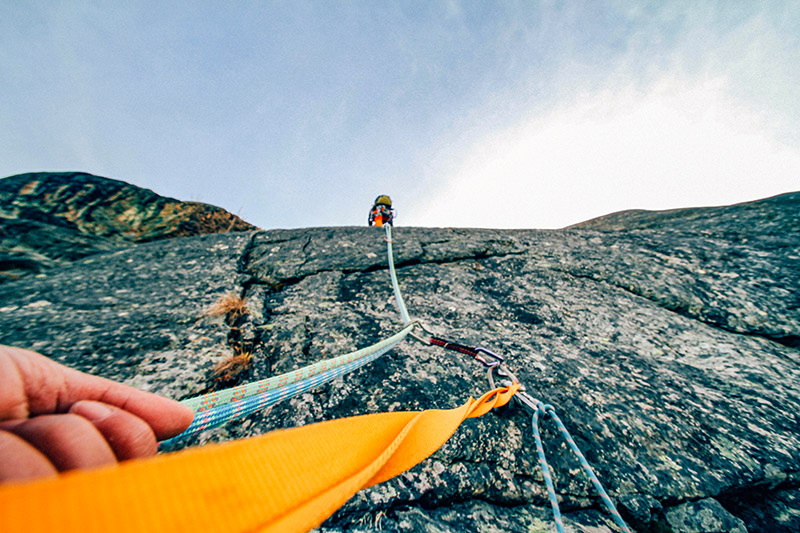 for all who love ice picking

In the impressive Clemgia Gorge, several ice climbing routes have been established along an artificial icefall. They can be used by experienced climbers on their own responsibility. Thanks to the artificial lighting, climbing is possible even in the dark hours. 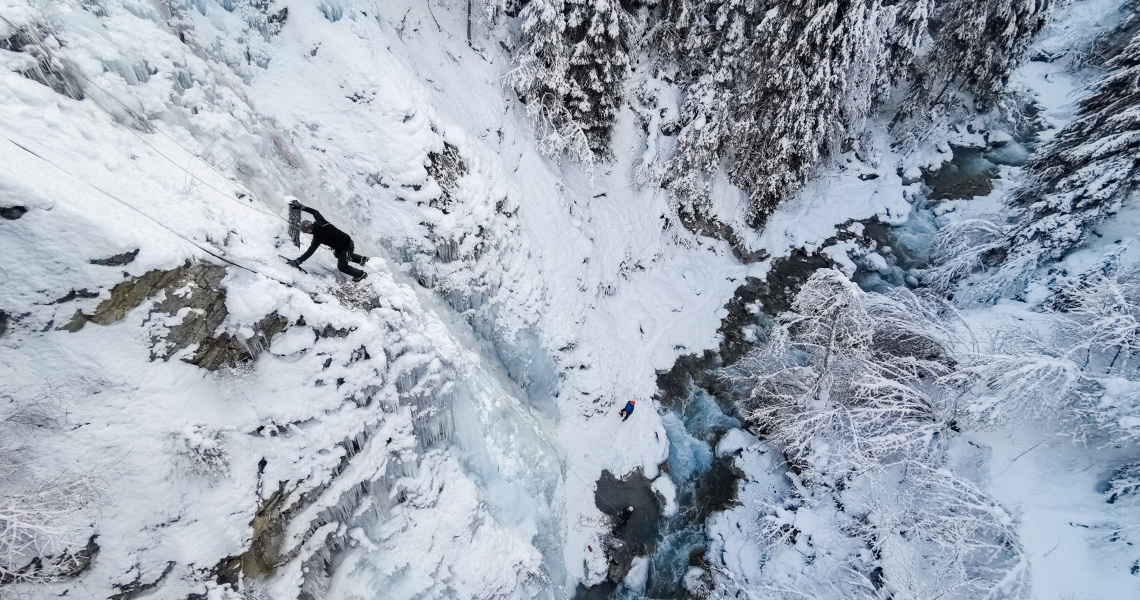 Climbing for young and old

The rope park in the Lower Engadine between spruces, larches and pines for big and small adventures. Here you can experience the forest from a bird’s eye view while facing the challenges of the 8 different courses with a total length of over 1000 metres. Ideal as a day trip destination for the whole family. 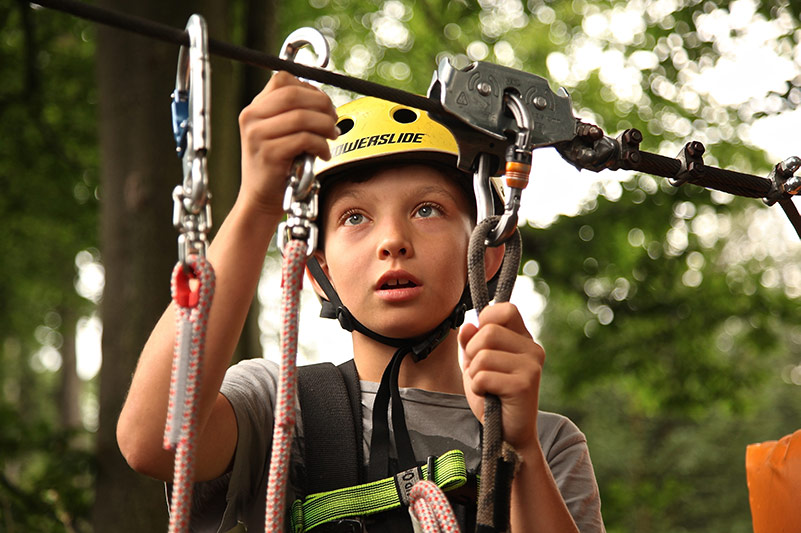 On the way in the Eldorado of mountain bike sports 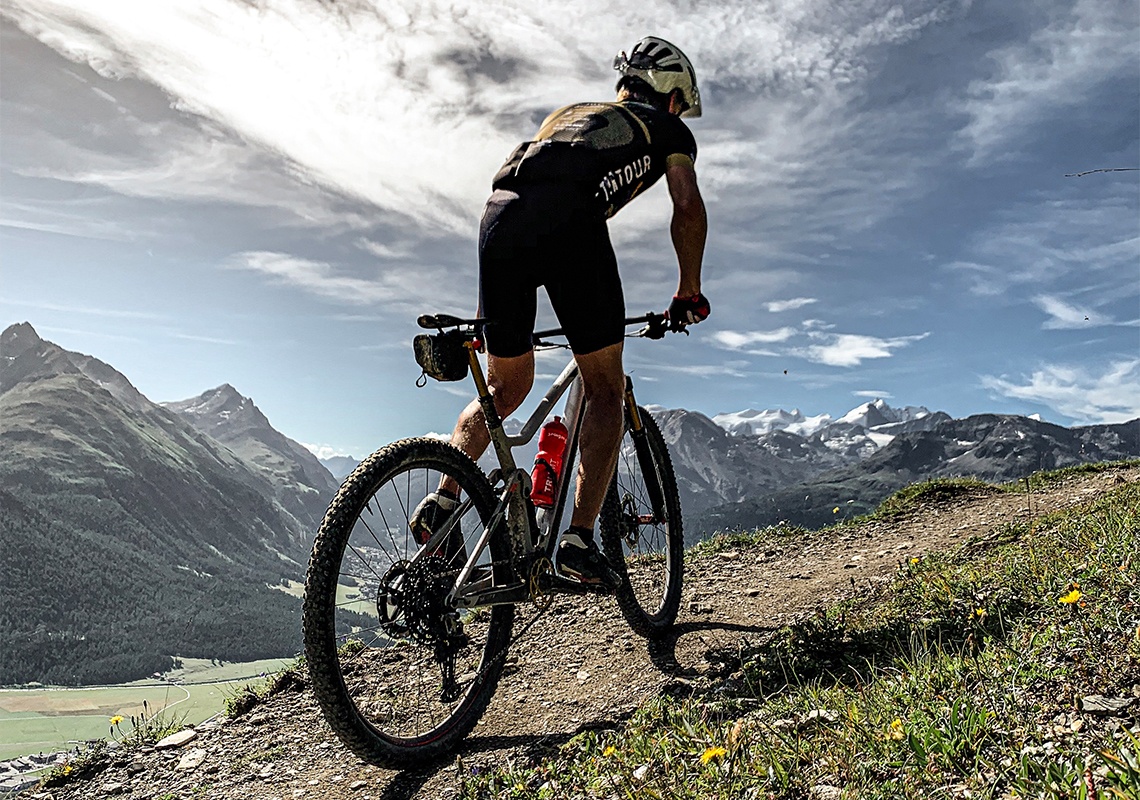 The gorges of the Inn Valley in the Engadin Scuol holiday region offer a top-class rafting experience. In this area, the Inn offers a varied mixture of massive water and technical rapids and, together with the spectacular surroundings, is considered a rafting and whitewater classic in Switzerland and Europe. 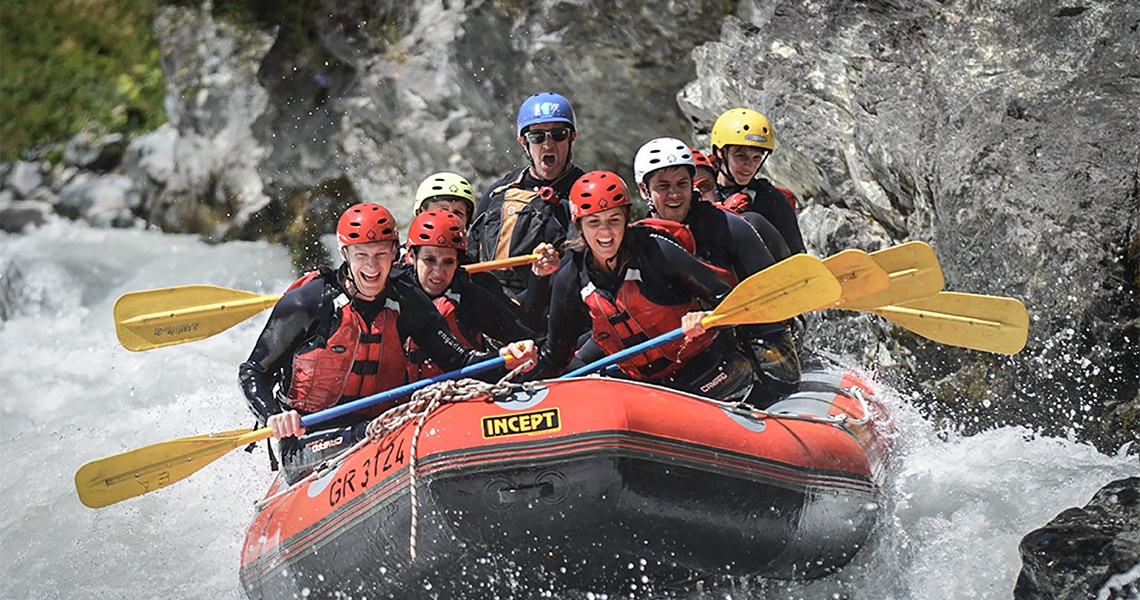 for the big ones

The Motta Naluns ski area has 80 km of slopes in every level of difficulty. From the various mountain restaurants we recommend Prui directly at the top station of the chair lift of Ftan. It offers excellent food and a great view. It’s perfect for an after-ski-party! You can reach the ski area in about 10 minutes by car (Ftan chairlift) 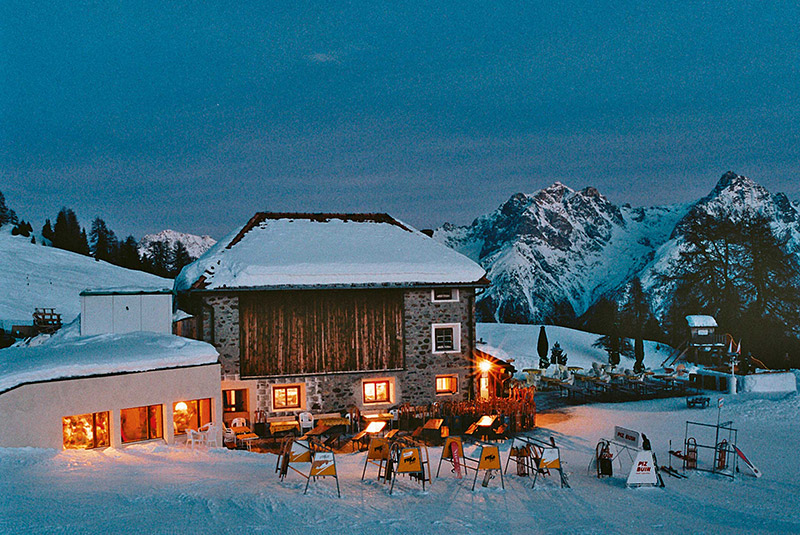 for the small ones

Directly in front of the holiday home is the free children’s ski lift. 300m of perfectly groomed slopes, not too steep, just right for children. For the very youngest skiers we recommend the free magic carpet in Ftan (7 minutes by car). 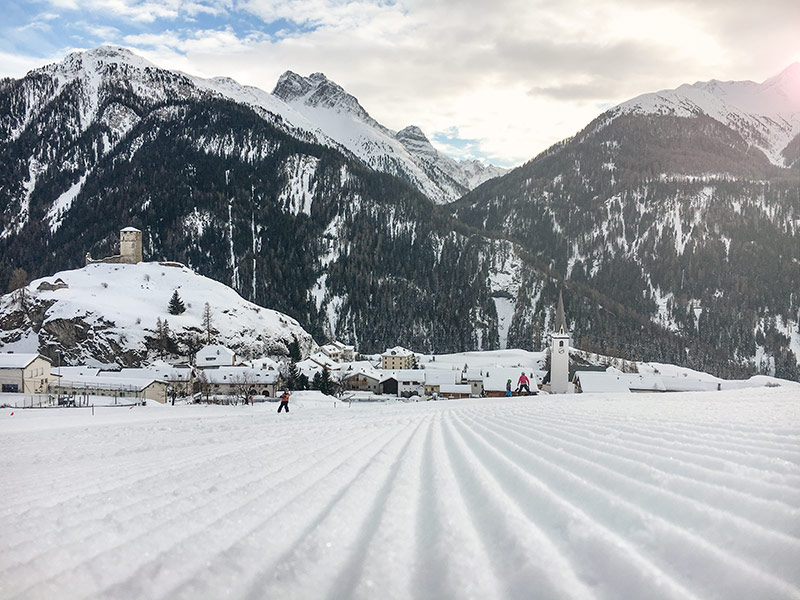 400m next to the cottage you will find the cross-country skiing track of Ardez. Its length is 1.5 to 3km depending on snow conditions.

In addition to the Dario Cologna cross-country ski run, which is dedicated as a training run in honour of the World Cup and Olympic champion – the 30.5 km long run between Scuol and Martina is a highlight for cross-country skiers and has been the basis for the traditional folk run “Passlung Martina-Scuol” for 43 years now.

An overview of the cross-country ski runs in the Engadin Scuol Zernez holiday region can be found here. 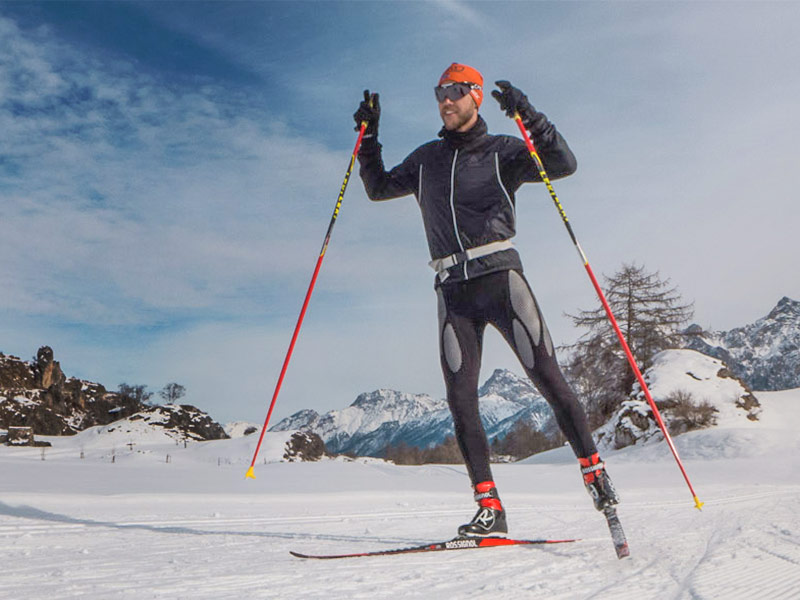 for all who love skiing and hiking

The Piz Cotschen directly near Ardez is a popular destination for ski tourers. The ascent is via Chamonna Cler, an unattended but well-equipped hut at a good 2400 metres.

One of the most beautiful winter peaks in the area is the Piz Daint. With a difficulty of T2 (hiking) and WS+ (skiing), it is also suitable for less experienced tourers.

The longest and probably most beautiful toboggan run in the Engadin literally ends in front of the house. With a length of over 5 kilometres and 700 metres of difference in altitude, the toboggan run from the Alp Murtera Dadaint offers fun for everyone! An interactive map with altitude profile can be found here.

Sledges (3 Davos and 1 bob) are at the disposal of the guests of il tablà free of charge! 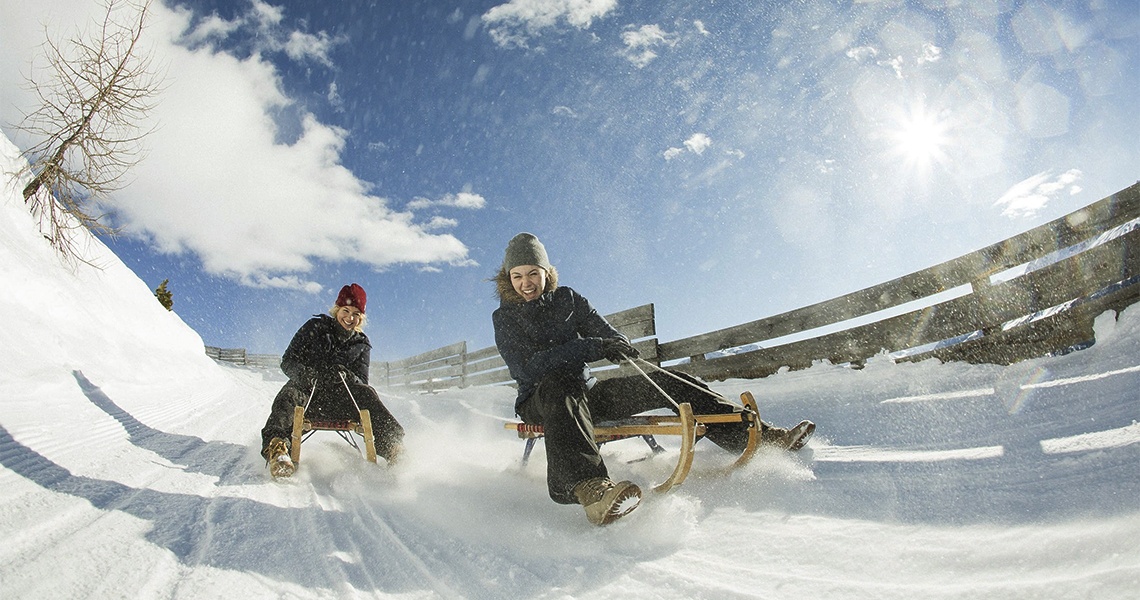 Ice skating in the fairytale forest

The Engadine Ice Trail near Scuol offers a three-kilometre long route through a fairytale forest.

Speaking of fairytales: At the ice track in Sur En there is another attraction made of frozen water. The well-known artists Daniel Cotti and Markus Buschor built a winter fairy tale palace there, almost seven metres high. Until it melts in spring, this building is the stage for various cultural events and can be visited daily free of charge. 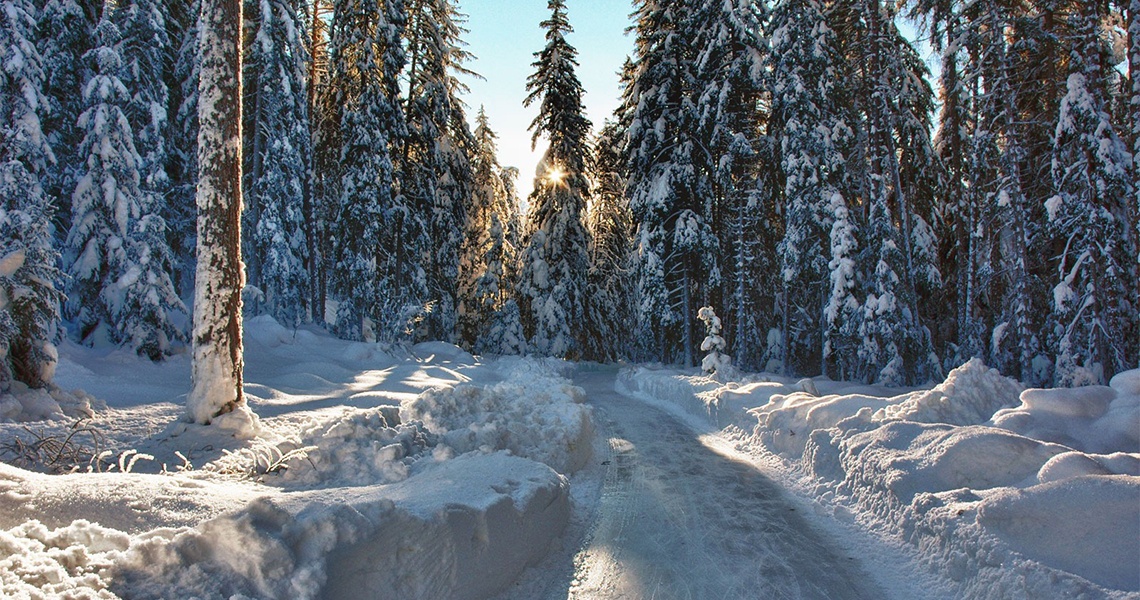 Activities in Ardez in Ardez

only a stone's throw away

A shop (Volg) with an integrated post office and a bakery is located in the village. Eggs, milk, cheese and organic meat can be purchased directly from various farms, for example from the farmer Jon Paul Thom, 200 metres from il tablà.

Children can use the spacious playground on the school grounds directly above the holiday home il tablà. Climbing walls, swivel and rocking equipment are available. Football or tennis can be played on the sports field (please note school hours)

In winter, a public and free ice hockey field is available on the sports field.

From the end of December to March there are guided tours of the village of Ardez on Thursdays and Sundays. For further information call 081 862 21 44.